Contaminants might still be in your tap water after it’s been processed at your local treatment facility. Tap water quality is more closely monitored than that of bottled water, but that doesn’t mean that the water coming out of your kitchen sink is contaminant-free. Tap water in big cities has the strictest practices for disinfection, filtering, removal of pathogens, and testing for Giardia and other viruses. Large cities with dense populations have a wider variety of contaminants to process, but rural areas also present unique challenges. The agricultural runoff of pesticides is more of a problem the farther you are out of town, and older homes can have lead pipes that further worsen water quality.

Although water treatment facilities undergo extensive disinfection processes, many contaminants can still seep through. While federal regulations have been put in place, there can still be traces of bacteria and harmful contaminants present in the water you drink every day. Water coming in through your home’s pipes has likely been recycled and treated many times over increasing the risk of impurities. 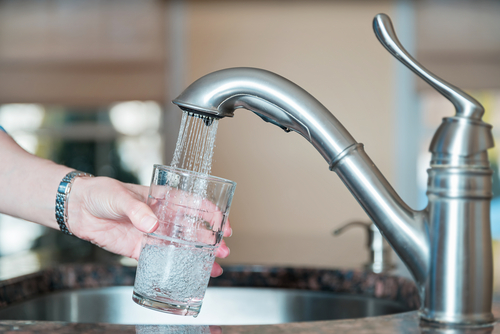 Testing the quality of your tap water, especially if you live in a county that has a history of water contamination, is more important than you may realize. The EPA has regulations for approximately 100 contaminants, while approximately 2,100 contaminants have been found in U.S. tap water. Home Water Solutions LLC is passionate about increasing the purity of the water you drink and use on a daily basis. Our superior in-home water treatment systems are designed to strip the municipal water coming into your home. This removes contaminants that make it through your local water treatment processes and providing you with the highest quality water possible.

As mandated by the Clean Water Act of 1972, the Environmental Protection Agency (EPA) is charged with the task of enforcing water quality standards for tap water and the restrictions on pollutants allowed to be discharged into public waterways. Contrary to popular belief, tap water that has been treated through municipal water treatment facilities can still contain levels of harmful contaminants. 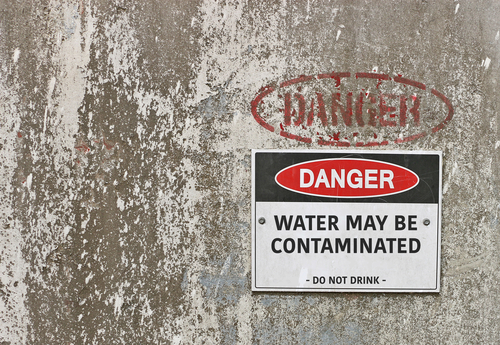 Public water can contain traces of sewage, industrial toxins, toxic metals, fertilizers, industrial runoff, and other bacteria. An often-overlooked problem is the presence of pharmaceuticals in drinking water. This February, in a coordinated effort between the U.S. Geological Survey and the EPA, a report was issued documenting the current state of pharmaceuticals in tap water after investigating 25 different water treatment facilities across the country. 47 different pharmaceutical drugs were found in water sources that fed into the treatment plants. Post-treatment, 37 different drugs remained in the water. Among the substances found were metoprolol (for high blood pressure), lithium (an antipsychotic), bupropion (an antidepressant), and carbamazepine (an anti-seizure medication). Other drugs detected included antibiotics, antidepressants, hormones, and analgesics.

Pharmaceutical runoff doesn’t just come from waste being dumped directly into water sources. Much of it leaches into the soil from landfills or seeps in gradually from animal feeding operations. As the complexity of contaminants progressively worsens, many water treatment facilities are becoming outdated and under-equipped to protect the public from toxins that are damaging to the future health of the environment and our families.

Water treatment facilities are forced to filter and treat massive quantities of water at a time. This means that even if the EPA follows their guidelines perfectly, negligible amounts of toxins will still be present in your water supply. A whole house water treatment system from Home Water Solutions LLC will remove the unfiltered contaminants making their way into your home from the city’s water source. The 2,100 contaminants that can be found in your water can accumulate in your body and affect your health over time, making it of utmost importance to improve the quality of your water.

Contact Home Water Solutions today for Northern Colorado In-Home Water Treatment Systems that will strip your water of the contaminants that water treatment facilities miss. We will perform a FREE Water Test to see what impurities are coming through your faucets, affecting your health and the health of those you love. 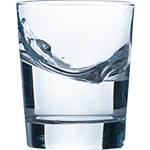